DISCLAIMER: While we have gone to great lengths to ensure accuracy, this information is to be used as a guide only. Bestcoyotecalls.com assumes no responsibility if legislation that effects hunting in an area has changed. Please refer to your local authority for updated rules and regulations. We will do our best to provide contact information in the article below.

So, what are the laws for hunting coyotes in California? 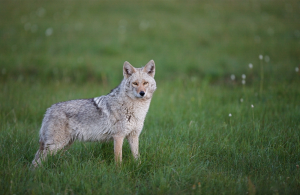 This is a great question. It’s really important to have a good understanding of what is allowed or not before you venture out on your hunt next season. It’s always good to keep yourself updated with new or changes to existing laws within the state.

Coyotes (Latin name Canis Latrans) are native to the South Western region of the United States. In appearance, a coyote looks like a combination of a wolf and a dog.

At present, thousands of coyotes die due to disease, accidents and hunting. There are approximately 500,000 coyotes in California at present

Who Manages Coyote Hunting in Caliofornia?

In addition to farmers whose livestock is attacked by the coyotes, families and hunters are often interested in hunting coyotes, especially if these lose pets or cattle to the coyotes. They would like to find out the coyote hunting laws in California, whether hunting a coyote is legally allowed in the state and if there are restrictions on hunting the coyote.

The California Department of Fish and Wildlife regulates coyote hunting in the state and specifies the guidelines which coyote hunters must follow at their website https://www.wildlife.ca.gov/ . Coyotes are considered non-game mammals like most types of rats, mice, rodents, skunks and possums.

Is coyote hunting legal in California?

Coyote hunting is legal in California and hunters can hunt for coyotes throughout the year, with very few restrictions to keep the population of coyotes manageable.

While hunters can hunt for coyotes both during the day as well as at night, they are not allowed to use poison for hunting the coyotes. However, some areas, like highways, national parks may be closed to hunters, especially at night to avoid accidentally injuring humans. There is also no restriction on the number of coyotes which a hunter can kill at a time.

Electronic game calls may be legally used to lure the coyotes while hunting them. Decoys may also be used for hunting coyotes.

However, these restrictions are waived if the coyotes are being hunted because they caused losses to farmers or property owners, killing their livestock or other animals. There is no restriction on the number of coyotes which a hunter can kill and they are allowed to transport their pelts to other states as well. Coyotes should not hunted from a moving vehicle to avoid accidents.

Do you need a hunting license to hunt coyotes in California?

A hunting license is required to hunt coyotes in California and more information is available at https://www.wildlife.ca.gov/Licensing

Is there a bounty on coyotes in California?

At present no bounty is offered by the government on hunting coyotes, though some large livestock farmers may offer rewards to hunters getting rid of coyotes.

BestCoyoteCalls is a participant in the Amazon Services LLC Associates Program, an affiliate advertising program designed to provide a means for sites to earn advertising fees by advertising and linking to Amazon.com

Hunting Coyotes With Greyhounds – What You Need to Know